One of the fastest-growing apps in China right now, by installs, is the central bank’s digital yuan wallet: 261 million individual users (as opposed to enterprises), about one-fifth of the population, have set up e-CNY wallets so far, and 87.5 billion yuan ($13.78 billion) worth of transactions has been made using the digital fiat currency, Zou Lan, head of financial markets at the People’s Bank of China (PBOC), said at a press event on Tuesday.

Over the past two years, China has been piloting the use of digital yuan in a number of major cities, including Shenzhen. People needed to enter a draw and apply to be early users in the beginning. Then at the start of 2022, in a clear sign of accelerating the trial, the PBOC made the e-CNY wallet available on the iOS and Android stores in China.

The digital yuan is by no means a manifestation of cryptocurrency, which is banned in China. The PBOC has deemed bitcoin and the likes highly volatile, speculative and lacking intrinsic value, and pointed out that cryptocurrencies could be an instrument of money-laundering.

The e-CNY aspires to achieve different results. Issued by the central bank, it serves as the statutory, digital version of China’s cash in circulation, or “M0”; indeed, the regulator intends to make e-yuan payments work even without the internet, using NFC technology. 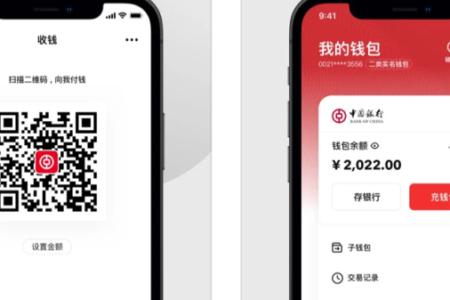 According to a research paper published by the Working Group on e-CNY Research and Development at the central bank last year, the digital yuan aims to:

Though the e-CNY wallet is now downloadable in the Chinese app stores, only users in a list of pilot cities and at the upcoming Winter Olympics venue can actually sign up, top up their accounts and spend the virtual currency at one of the 8 million “pilot scenarios,” such as making purchases on Alibaba and paying Didi rides.

To exchange cash into e-CNY, users will have to move money from one of the commercial banks authorized by the PBOC to operate and circulate the digital currency, including digital-only banks like Tencent-backed WeBank and Ant-backed MyBank.

In terms of its relationship with China’s popular payments services, the PBOC said in its report that e-CNY is supposed to “complement” rather than replace WeChat Pay and Alipay. For instance, it could support anonymity for small-value transactions just like physical cash. In other cases, large amounts of funds sent from a provincial government to a town could be paid in e-CNY to prevent corruption using the digital currency’s traceable capabilities.

At the end of the day, though, e-CNY still needs to compete with the private payments giants on user experience if it wants to achieve a meaningful active user base.

Tags： how to play the game of life electronic banking
Latest： What Is Cryptocurrency? Here’s What Investors Should Know
Next： How To Earn 7% On Safe Bonds Your Broker Can’t Sell You
Popular Articles/span>