Call Of Duty: Warzone Secrets Of The Pacific Event Is Back After Crashes

Call of Duty: Vanguard will get Warzone integration with the new Caldera map on December 8, but Raven Software has a few limited-time events to give players a chance to bid farewell to Verdansk. Following the ongoing Operation: Flashback event, Secrets of the Pacific is also live, bringing in-game challenges for both Vanguard and Warzone. [Update: Due to widespread crashes, Secrets of the Pacific was temporarily disabled. According to Activision Blizzard, the issue was a DDOS attack against Call of Duty's servers. That attack has ended now, and Secrets of the Pacific should now be live.]

While Operation: Flashback is a unique limited-time mode, Secrets of the Pacific is a challenged-based event that grants players information on the upcoming Caldera map and its various points of interest prior to the December launch. Each game has its own set of tasks and rewards for completing them, which work similarly to past Call of Duty events like the Haunting and the Numbers event. Completing the full set of challenges for either Warzone or Vanguard will unlock a weapon blueprint that will become available in Warzone and Vanguard with the start of Season 1. Some of the challenges will reward calling cards that appear to reveal points of interest for the Caldera map.

You need a javascript enabled browser to watch videos.

Want us to remember this setting for all your devices?

Please use a html5 video capable browser to watch videos.This video has an invalid file format.00:00:00Sorry, but you can't access this content! 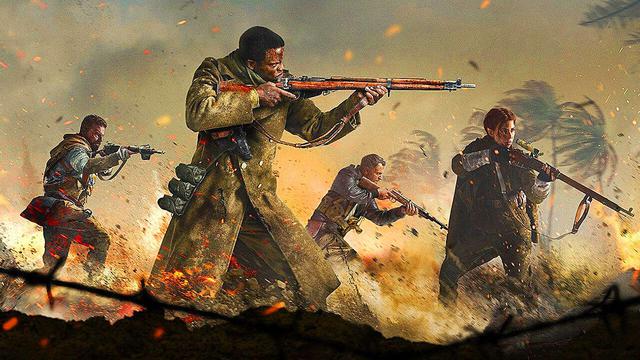 Please enter your date of birth to view this video

There are six challenges specific to Warzone. These require you to view a photograph, go to the corresponding map location on Verdansk, and find an object from another era. Completing these will unlock a preview of the upcoming Caldera map for Warzone Pacific.

Vanguard has six multiplayer challenges to complete, and all of them are pretty simple and straightforward.

The Secrets of the Pacific event is available until December 7. Players can also enjoy double XP, double weapon XP, and double battle pass progression in Warzone and Black Ops Cold War for the extended holiday weekend. The double XP event is not active in Vanguard.

One final event is scheduled for players to say farewell to Warzone's original map. From November 30 until the preseason's end, Warzone will feature the Last Hours of Verdansk, which is vaguely described as allowing you to "see what happens to Verdansk before Warzone goes dark to prepare for Caldera." Activision also says to "expect a spectacular and fitting end to your time in Verdansk as we say farewell to the Kastovian city... forever?"

For more details on what to expect with the new Caldera map and Vanguard integration, here is everything we know about Warzone Pacific and Vanguard's Season 1 update on December 8. Leakers are already revealing what could be promotional art for Season 1, including potential new operators and weapons.

This Call of Duty content is scheduled to continue as Activision Blizzard faces lawsuits and other investigations related to alleged sexual harassment and discrimination against women. A Wall Street Journal report claims that Activision Blizzard CEO Bobby Kotick knew of sexual misconduct at the company, including instances of sexual assault and rape. Most recently, Kotick reportedly said he will consider stepping down from Activision Blizzard if issues aren't fixed quickly.

Tags： is game spot and electronics legit
Latest： Build Your Own Batmobile And Learn About Electronics With This New Kickstarter Project
Next： AMD CES 2022 Keynote Stream: How To Watch, Start Times, And What To Expect
Popular Articles/span>