Gael Monfils is into the quarter-finals of the Australian Open, where he will play Matteo Berrettini for a place in the last four. Before that showdown, get to know more about the Frenchman's love of video games and the esports industry.

ATPTour.com spoke to Monfils about how he first got into video games as a teen, what he enjoys about Twitch, his favourite streamers and more.

Tell us about your love of video games. When did you start playing, and what are some of the earliest games you remember playing?
It was on the first Nintendo, I enjoyed playing with my dad. Then one Christmas I got the Super Nintendo and started to play a lot of Dragon Ball Z. Then in a tournament in Paris, I think I was 13, the winner would get the PlayStation 1. You had to win it. It was a big goal for me, and then I won it and I started to be a fan of the PlayStation. I played Final Fantasy, and then it kept escalating with computers and everything.

What are you playing at the moment?
I play quite a lot of games. I play FIFA, Warzone, 2K, World Tour Tennis, Mario Tennis. I want to start playing World of Warcraft. I play Naruto. I play every game. I won’t say I have one game especially, but different genres, different types of games.

It is quite funny playing [Mario Tennis]. I think people love it. You get superpowers. I really like when you can hit some big smashes, you have a target. 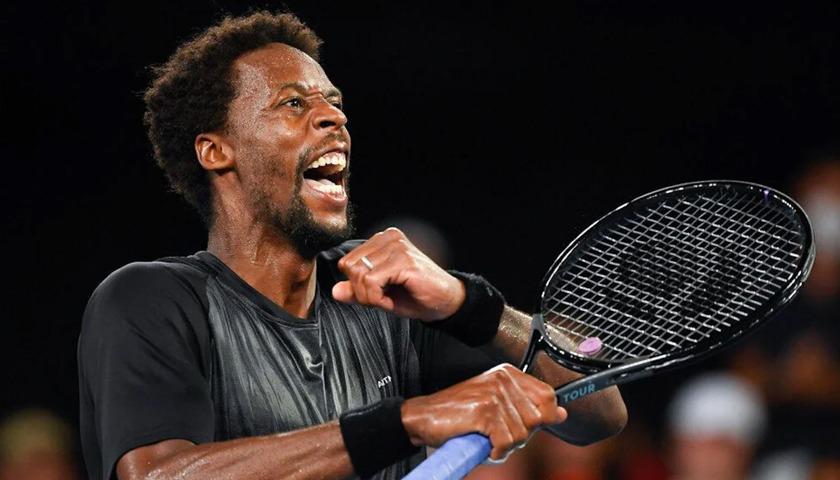 What is your home setup like?
I have got three screens, a big tower, a stream deck, the lights, the Elgato to stream from the TV, the Xbox and the computer. That’s pretty much everything.

Which ATP Tour players do you play video games with? What do you guys play?
I play with quite a lot. We like to share some moments together, especially the ones you get along with quite well. We play quite a lot together. A lot of players are good, I won’t give names.

How did you get into Twitch?
For a long time, I have been a fan of Twitch and been looking up some streamers. During lockdown, I thought it would be a good time for me to step onto the platform and try myself. I have just been a big fan of gamers on Twitch.

I started to really like the community and the exchange, and I saw that it could be maybe more than just the gaming, so I really like the platform for that. During the lockdown I was Twitching a lot, but I was doing some more hobbies and am a big fan of watches… it was another hobby among my hobbies.

You May Also Like:Monfils Marches On In Melbourne

Who are some of your favorite Twitch streamers/content creators?
They are French. One is Domingo and [the other is] Ponce. Those are two guys I really like to watch.

You also used Twitch in some other ways. How much fun was all that for you?
What you can do on the platform is stream some practices, and definitely having a show during the [Nitto ATP] Finals was a very good experience. That you could handle a show and have a good exchange with the community was a great experience.

As a tennis player, you’re now considered a ‘traditional sports’ athlete. What are your thoughts on the massive rise of esports/esports athletes?
It is very good, because I think sometimes people don’t see how hard it is for the esports athletes to be on the top of the game. It requires a lot of practice and a lot of hard work, and some people think it is just video games. But it is not. I would like to see it a little bit from the inside, and I really hope people will get it. It’s definitely hard work. Esports are a big thing.