Age of Empires 4 is close to release day now, which is just over a week out!

This game is all about reliving (and rewriting) history by controlling some of its biggest battles.

Witness both familiar and innovative ways to expand your empire in vast landscapes--all in stunning 4K visual fidelity.

If you're looking to pick up Age of Empires 4, we have all the details you need to know about how to pre-order it.

It is available for preorder on Xbox and PC now - and depending on the edition you preorder, you can end up with some awesome rewards as well. 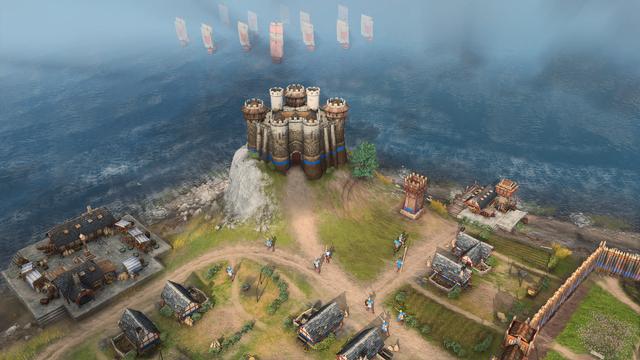 When you pre order the Age of Empires 4 Digital Deluxe Edition, you immediately receive a special gift.

You get the Age of Empires 2: Dawn of the Dukes expansion as a free bonus to play while waiting for launch day - and that's just the beginning.

The Age of Empires 4 Standard Edition may not come with the same frills, but it's significantly cheaper at just $59.99.

Age of Empires IV will also land on Xbox Game Pass right from launch, meaning those who aren't sure of the revitalized RTS can give it a shot while picking up access to a number of other games at the same time.

Players have to option to choose from three plans for Xbox Game Pass, each featuring Age of Empires 4 on release day.