After 4-year hiatus, ‘Who wants to be a Millionaire’ returns with bigger paychecks

‘Who wants to be a Millionaire’, the highly acclaimed TV game show is making a comeback after a four-year hiatus.

Although no official date has been announced, the organisers have, however, disclosed that the grand prize is N20 million to be won weekly all year long.

The game show which was based on the original British version, known casually as “Millionaire” and popularly called “WWTBAM” in the literature space, aired for over 13 years.

In the 13 memorable years, the show enthralled TV audiences, boasted of formidable participants with a deep wealth of knowledge. Aroma Ufodike, from Nnewi, Anambra State, appeared on the show on September 11, 2009, and won the coveted N10 million.

The Millionaire game show, which has an intricate set of rules, hosts a group of contestants in each episode in a preliminary round called “Fastest Finger First”; where all contenders for the whooping prize money are given a question and four answers by the host, which must then be placed within a particular order. 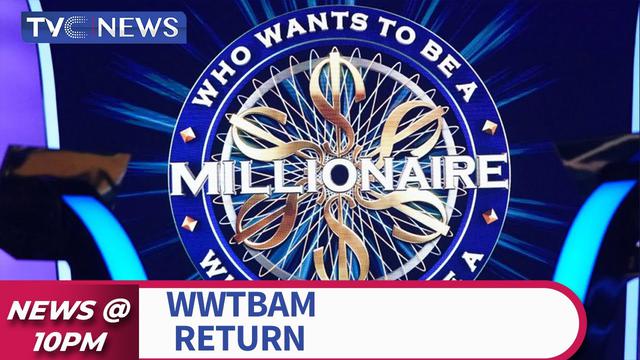 The contestant who answers correctly in the fastest time goes on to play the main game.

Once a contestant enters the main game, they are asked increasingly difficult general knowledge questions by the host, with each question featuring four possible answers, to which the contestant must give the correct answer.

Doing this wins the contestant certain amounts of money, as they advance in the game, hence increasing their prize fund.

During the game, the player has a set of lifelines that they may use only once to help them with a question, as well as two “safety nets”.

These lifelines are: ’50/50′, where the computer eliminates two random wrong options, leaving the right option and the other remaining wrong option; ‘Phone a Friend’, where the contestant has 30 seconds to call one of their friends, read the question and four possible options to the friend, who then has the remaining time to offer input.

There is ‘Ask the Audience’, where the audience use touchpads to designate what they believe the correct option to be and the percentage of the audience choosing each specific option is displayed to the contestant.

Speaking on the return of the show, Hakeem Condotti, CEO of BLK HUT media, the licensee and production house, stated that the wish of the organisers is to deliver creative, intelligent, and professional content that will show range and capacity.

Mr Condotti also disclosed that the production company is proud to bring “international quality content” for the viewing pleasure of Nigerians and described the return of the show as a part of “COVID-19 relief that we all need as a nation”.

Good journalism costs a lot of money. Yet only good journalism can ensure the possibility of a good society, an accountable democracy, and a transparent government.

For continued free access to the best investigative journalism in the country we ask you to consider making a modest support to this noble endeavour.

By contributing to PREMIUM TIMES, you are helping to sustain a journalism of relevance and ensuring it remains free and available to all.