As the hit South Korean series continues to gain popularity, word-of-mouth continues to be one of the top drivers when it comes to Netflix audiences getting into the phenomenon that is 'Squid Game.' If you haven't seen it by now, you've probably had someone suggest it to you or you've seen it in your timeline.

The craziest part about this whole 'Squid Game' craze is that the show's creator, Hwang Dong-hyuk, has been shopping the project since he first conceived it in 2008 and has struggled to get anyone to buy-in on the concept.

If you haven't heard about the show yet, imagine 456 people who are in life-crippling debt battling it out in life-or-death games with a ton of money on the line.

Oh, and did I mention that the games are children's games?

So, I got to thinking. What if the "children's games" that were played in 'Squid Game' were actually the locally popular games that we played here in Acadiana and throughout Louisiana. While some of our "cajun games" are just popular children's games by another name—there are tiny details that make our versions a little bit different—and if we're being honest, a lot more fun.

I've got a list of them here, and I'm curious to know: Did you play them? More importantly, which ones would you be guaranteed to win if your life was on the line in 'Squid Game?'

It's a traditional game that Cajuns play around the Easter holiday. One person holds their egg, while the other person taps their egg up against it. The person whose egg cracks is the loser. The winner gets to keep the loser's egg.

Bourré is a trick-taking gambling card game that we have played for generations primarily here in the Acadiana region of Louisiana. The game uses an entire 52-card deck and has been compared to spades. The goal of the game is to take the most tricks and win each pot, but—like many traditional games in our area—the rules vary depending on where you're from.

You won't find a patio in south Louisiana without a set of cornhole platforms. In addition to the two raised wooden platforms (often branded with some sort of logo or team colors) the game consists of 16-ounce bags that are meant to be tossed into the holes of the raised platforms. Some people call it "bags," and the game is very similar to horshoes—another Acadiana favorite. While this game sounds fun, it can get intense.

From 'The Freeze', to country line dancing, and even the 'Cupid Shuffle' (after all, it was created by our very on Cupid)—we love to line dance in Cajun country. This also applies to swingout, zydeco, southern soul, and the latest TikTok trends. Where else in the world did kids have "freeze" parties in their P.E. class?

It's a game that feels like it may have been replaced by cornhole in some capacity, but croquet was the O.G. yard game. I can still remember hitting myself in the ankle with my mallet as a young kid. You don't see this one nearly as often as you once did when we were younger, but it's still fun to play and will bring the kid out in anyone.

This game will take you right back to those days in class where we had nothing else to do so the teacher would let us pass the time playing our favorite games. This game was particularly fun because we played in such a big group. There are a few different ways to play the game, but one of the most popular versions involves seven people standing in front of the class. All the other people in the class put their heads down on their desks. The seven kids move around class and each of them touch one student. All the students who are touched, raises their hand or thumb into the air. When the seven kids say "heads up seven up!" everyone raises their head and the students who were touched gets to guess which of the seven kids touched each of them. If they guess right, they get to switch places with that student and go up to the front of the class. 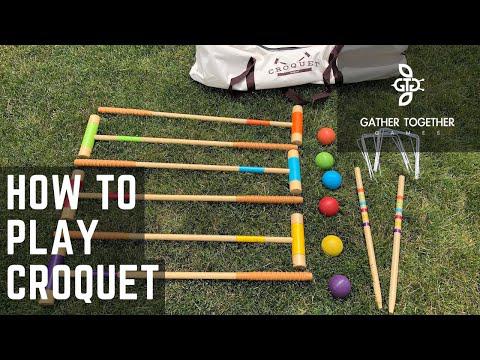 The name Pokeono comes from the combination of poker and keno (another name for lotto) and is very similar to BINGO in a lot of ways. A dealer sets up a total of 25 squares across the board. Card from the deck are turned over one at a time. Each player who has a board with that card pictured places a chip over the square. The first person who can get five squares in a row wins the game.

As kids, jumping ditches may as well have been an Olympic sport. We would size them up, and the goal was to get from one side to the other without falling in or getting our socks soaking wet.

A combination of tennis, ping pong, and badminton—Pickleball can be played in doubles or singles, but doubles is the most popular way to play. Like many games, the rules may vary depending on where you play and who you're playing with but standard serving, volleying, and scoring rules apply. I think if we're all being honest, games like these come about when we've got a few parts to a few games and we create our own. Something we're known for in Cajun country.

This is where the games would get dicey. Could you imagine your life being on the line and the outcome of you making a roux from scratch would be the deciding factor? This might be the ultimate Cajun Squid game based on tradition alone—not to mention how critical we are when it comes to making a roux from start to finish.

A classic southern game, but one that is particularly loved in Louisiana. There are a few different ways to play but the most common is the "block" game or the "draw" game. My first memories of dominoes were lining them all up to do one of those intricate domino rally-type setups where the "domino effect" gets its namesake.

Here in south Louisiana, we love our food. We celebrate our food. Seriously—think about your favorite "cajun" food, and you will quickly realize there is a festival that celebrates its greatness. At every one of those festivals, you will also find an eating contest where contestants battle it out, scarfing down the food being celebrated.

BINGO is one of those games that I can remember playing as long as I've been alive. I remember playing it everywhere from church to school and it was always exciting. Blackout was our favorite because of how long the games would have to go on until someone marked off every number on their card.

One thing we know well in south Louisiana is our music. If we don't know how to play it, we damn sure have enough rhythm to count it and when our reflexes are put in a life or death (or chair) situation, we know how to act fast. I can remember playing this game in school gyms as a kid, and it was always a complete blast.

This might be one of the most painful children's games out there because depending on how good (or bad) you are, you're gonna end up with sore hands or knuckles. I can only tell you that hand slap is a lot less painful than bloody knuckles—as you could probably guess based on name alone.

This game is a lot less painful than the previous one, but you still have to bring your A-game if you want to be victorious. I don't think we ever really put much thought into wood grade, lead, weight, or much else when it came to choosing our pencils for pencil fights. It really just came down to the best pencil (or sometimes the ONLY pencil) you had in your backpack. The rules are simple. Each person takes a shot at the other person's pencil. First person to break the other person's pencil (completely) was the winner.

This is another one of those games where memory is key. Granted, we all played when we were kids and the only thing we ever wanted to do was go, go, go—but Simon Says was definitely the most fun when played with 3 people or more. One person gets to be Simon. The rest of the players stand in a line in front of Simon and have to act fast when given directions beginning with "Simon Says." But if Simon simply says "jump" without saying "Simon Says" first, any person who jumps would be out.

Again, this list is specially curated for south Louisiana, and while "shotgunning" beers is a popular drinking game nationwide—we just tend to do more drinking and partying in the south. While this is definitely not a children's game, it's clearly not the most mature one either. Once you master the artform of poking a hole into the bottom of the beer and sucking all of it out of the can, you can implement a timer and have a good bit of competitive fun with it. Just remember to do it responsibly.

If you've ever heard a huge crash while enjoying drinks on a patio or dining at a casual restaurant, chances are it came from a BIG Jenga game. It's literally what it sounds like—a GINORMOUS version of the game Jenga, usually crafted with bigger pieces of wood instead of the small ones you are familiar with from the game. The same rules apply, but the disaster is just incredibly loud.

Last, but not least, one of the classic Cajun games involves a deck of cards and two people. The game is 100% based on chance and there is no real strategy involved. Split a shuffled deck of cards, giving an equal amount (26) to each player. Players then "flip" the cards over and the highest card wins with the winner taking the loser's card. Twos are the lowest and Aces are the highest. If players flip cards that are equal, as you can see in the video, that's when the real battle begins.

So there are your "Cajun" Squid Games. If your life was on the line, which one are you choosing to play? Drop a note in the comments and let me know. Also, share this with anyone who has watched the Netflix series or just loves Cajun culture.

LOOK: What major laws were passed the year you were born?

Data for this list was acquired from trusted online sources and news outlets. Read on to discover what major law was passed the year you were born and learn its name, the vote count (where relevant), and its impact and significance.
Tags： how to play simon says electronic game
Latest： A game based on Simon shows how people mentally rehearse new information
Next： How the Oculus Quest 2 made me fall in love with working out
Popular Articles/span>