Video games, like most fiction, tend towards happy endings. After the player has struggled through challenges, puzzles, enemies, environments, and bosses, they expect to see the world of the video game made a better place, the heroes retire happily, the crisis averted, and generally to have made things better for everyone. Sometimes, this isn’t the case.

Sometimes the hero fails at the last second, no matter how hard the player tries. Sometimes, the hero’s struggle has unforeseen consequences that lead to further suffering down the line. Other times, the hero’s own selfish impulses led them to deliberately make things worse. However it comes about, in some games, the player simply cannot avoid doing more wrecking than saving.

Sekiro, the titular protagonist of Sekiro: Shadows Die Twice, is a shinobi with one goal: To protect Kuro, his charge. As a result, he stops at nothing to rescue the boy once he is kidnapped by the Ashina Clan, who hope to use his Divine blood as a weapon in their losing war against the ruthless Interior Ministry.

Sekiro demolishes their defenses and kills their greatest warriors, and then steals their last hope: Kuro. As a result, the Interior Ministry, the brutal aggressors of the war, are able to attack Ashina Castle and massacre the defenders, cementing their hold on the area.

9 NieR Sees The Protagonist Bring About The Extinction Of Humanity

Throughout action/RPG NieR, players control the titular character who is attempting to protect their daughter Yonah while the remains of what appears to be humanity are attacked and hunted by mysterious creatures known as “Shades.” At the climax of the game, Nier defeats the Shadowlord, seemingly the most powerful Shade.

However, the characters learn that the Shades are really humanity, who transformed from their human bodies to avoid plagues ravaging the world. Nier and their family are Replicants, cloned bodies designed to be inhabited by the Shades once the plagues died down. With his actions over the course of the game, Nier has ensured the Shades will die— and with them, humanity.

Set in the grim universe of Warhammer 40,000, a dark ending to Dawn of War was not unexpected by fans. Dawn of War sees the player take command of the Blood Ravens Space Marines, led by Captain Gabriel Angelos, as they fight off an Ork invasion that spirals into a Chaos plot to awaken a Chaos Daemon.

After a shaky alliance with the Eldar, the Blood Ravens are able to defeat the Chaos plot, and are set to evacuate the world of Tartarus before it is consumed by Chaos. However, to be thorough, Angelos smashes the stone containing the Daemon with his hammer, seeing it released into the universe to wreak its havoc.

7 Everything Gordon Freeman Does Allows The Combine To Invade

In the original Half-Life, Gordon Freeman is a simple scientist who is forced to defend himself when his work allows the aliens from a dimension called Xen to attack Black Mesa. Throughout the game, he fights to end the crisis, and ultimately succeeds in doing so.

However, he is approached by a mysterious figure named G-Man, who tells Gordon that he has been extremely helpful to his “employers,” and they want to retain him for another job. Agreeing sees Gordon held in stasis for twenty years, as his defeat of the Xen allows for the hostile Combine to invade and subjugate Earth.

Despite being a survival game, there is an objective to the single-player version of Don’t Starve in its Adventure Mode. The player, as protagonist Wilson, survives and fights their way through numerous levels of the dimension known as “The Constant” until they reach the Nightmare Throne, where antagonist Maxwell controls the world.

RELATED: Don’t Starve: 5 Ways The Base Game Is Best (& 5 Ways Together Is)

Wilson cannot kill Maxwell, however— only take his place. And doing so allows Charlie, Maxwell’s former assistant who is now transformed into a monster, to attempt to rescue him, only to take the throne herself. With plenty of reasons to dislike the protagonists, and greater power than Maxwell, all Wilson does is set the stage for a worse foe in Don’t Starve Together. 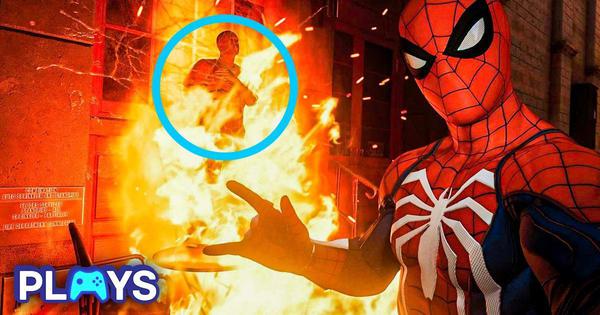 The protagonist of Darkest Dungeon is never seen, but they are the owner of a dilapidated estate driven into the ground by their evil Ancestor. They marshal an army of adventurers against the monsters that plague the Estate, and finally battle their way through the Darkest Dungeon to the Heart of Darkness controlling it all.

Beating it, however, reveals that they have not achieved anything. The Heart of Darkness will one day awaken regardless of what they do, and it merely feeds off of the chaos and death caused by the attempts to stop it. The Estate once again falls into ruin, and there are fewer heroes alive to fight in the next cycle.

In a departure from its predecessors’ more standard “Kill the God” plot, Final Fantasy XIII-2 instead follows the heroes attempting to stop paradoxes from warping the timeline, and correct things to how they are meant to be.

However, the actions of the player only serve to aid the villain, Caius, who seeks to end all of time to stop his love, the Goddess Yeuel, from dying whenever a timeline is changed. However many paradoxes they resolve, and however many timelines they travel to, the heroes are unable to stop Caius, and he succeeds in using their actions to unleash Chaos and destroy all of time.

3 Spec Ops: The Line Ends With Dubai In Ruins No Matter What

In Spec Ops: The Line, Captain Martin Walker and his unit enter Dubai to carry out recon of the area, after Colonel Joseph Konrad’s 33rd Battalion desert and instigate a war over their totalitarian rule of the city. In their mission to discover what happened— and then apprehend Konrad— they begin to commit worse and worse acts, culminating in using white phosphorous on civilians.

Once Walker finds Konrad’s corpse, he either goes mad, kills himself, or sets himself up as a villain like Konrad. Whatever happens, he has only served to further deteriorate the situation in Dubai, and it seems likely that everyone there will die of dehydration.

2 Kratos Makes Things So Bad That Hope Is Lost

Kratos was at best an ambiguous hero in any of the original God of War games, primarily motivated by injustices committed towards him, including the death of his family. God of War III sees him at his lowest, marshaling the Titans to kill the Greek Olympians. Over the course of the game, Kratos brings ruin to Greece by killing the gods and unleashing plagues, darkness, famine, and worse.

At the end of the game, Kratos attempts to kill himself to release the power of Hope from Pandora’s Box, which had been within him since he killed Ares. However, there is nobody left to feel this Hope, as the last scenes of the game show Greece— and possibly the world— flooded, ruined, and deserted.

1 Joel Miller Sabotages A Zombie Cure Out Of Fatherly Love

In The Last of Us, grieving father Joel Miller unwillingly grows close to Ellie Williams, a young girl who is immune to the cordyceps fungus that has caused the zombie apocalypse. His mission is to deliver Ellie to the Fireflies, who believe they can make a cure from her. However, they have failed numerous times before, and the attempt will kill her too.

Having grown to love Ellie like a daughter, Joel massacres the doctors and anyone else who gets in his way, freeing Ellie. The end of the game sees him lying to Ellie and insisting that there was no hope of a cure, but he may well have cost all of humanity a way to end the apocalypse.

NEXT: 10 Games With Multiple Endings Where The “Bad” Ending Is The Official One

Next10 Things We Noticed In The Latest Eternals Trailer

Isaac Williams is a movie-goer, TV watcher, journalist, blogger, gamer, comic book-fan, and roleplayer. He’s been a bartender and a waiter, and now he writes lists for CBR. He focuses on TV shows and movies. In his free time, Isaac can be found gaming, reading, playing D&D, walking Birmingham’s lengthy canals, and catching up on movies.