More often than not, we know everything that there is to know about any new device long before it actually launches. Not every leak comes true, but secrets are virtually impossible to keep nowadays, and that’s true for every technology company on the planet — even Apple. Of course, not every rumor is worth analyzing, but some are so intriguing that it can be fun to at least speculate about the possibility of them being accurate.

One such rumor from Korean forum Clien.net was spotted by Twitter user @FrontTron (via MacRumors) last Friday, and as unlikely as it sounds, the forum goer claims that Apple is making a portable hybrid game console that would be similar to the Nintendo Switch. The device will supposedly feature a brand new application processor, which suggests Apple won’t use an A-series or M-series chip. Apple’s console will also apparently have enhanced GPU performance and improved ray tracing, hinting that it might be more powerful than the Switch.

Finally, the user claims Apple is in talks with Ubisoft to develop games for the platform — the same developer behind massive video game franchises such as Assassin’s Creed, Far Cry, and Watch Dogs. 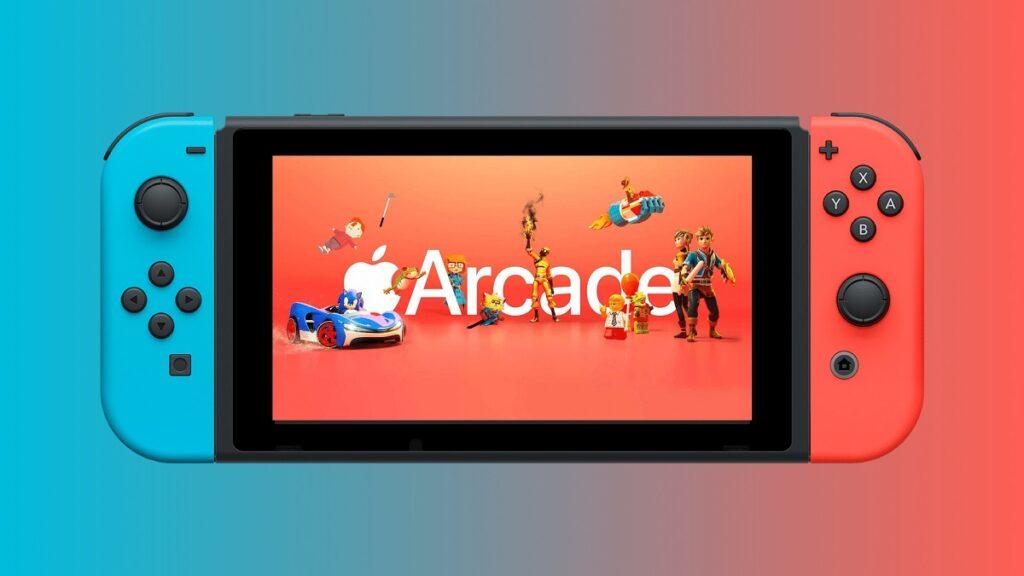 One on hand, it’s very difficult to imagine that Apple would be working on a full-fledged video game console that had managed to elude leakers for however long it has been in development. On the other, this isn’t the first time we have heard rumors about Apple putting more resources into making hardware geared toward gamers.

Last December, Bloomberg’s Mark Gurman said in his Fully Charged newsletter that “Apple is planning an upgraded [Apple TV] with a stronger gaming focus, an updated remote and a new processor.” Late last month, Apple did indeed launch a new set-top box with a better processor and a new remote, but the “stronger gaming focus” was nowhere to be found. Apple recently gave its Apple Arcade service a shot in the arm with a bunch of new titles, but there hasn’t really been a concerted push to attract gamers to Apple’s ecosystem this year.

The lack of gaming news from Apple could be taken as a sign that the company has its hands full with all of the other new devices and services it has already revealed and plans to introduce in 2021, but with PS5 and Xbox Series X consoles selling out every time they come back in stock, it’s hard to fathom that Apple isn’t at least considering the idea of launching a console of its own. Apple could even reach a deal with Microsoft and make Xbox cloud gaming a selling point for the console, potentially giving it an upper hand over the Switch.

That might sound ridiculous on paper, but I really don’t think it’s that much more ridiculous than a real Apple game console leaking on a forum before any other reliable sources hear about it.