Join Michael Miller for a trip down memory lane as he details the 30-year history of home video game consoles, from the original, dedicated, single-game units to today's CD-based games.

Youngsters reading this might find it hard to believe, but there once was aworld without video games. The first home video games didn't appear untilthe early 1970s and didn't become widely popular until 1975. That was whenAtari adapted its PONG game from the electronic arcade version, andvideo game mania swept the country.

Like many technological advances, the idea for video games originated withthe government; the mid-1960s military wanted some sort of device that woulddevelop the reflexes of military personnel. In 1966,Ralph Baer, anemployee of defense contractor Sanders Associates, addressed this demand when hecame up with the concept of a "television gaming apparatus." Thisdevice included both a chase game and a video tennis game, and could be attachedto a normal television set. 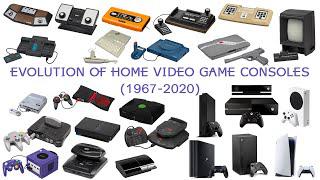 This pioneering game system was not a lasting success, however. The Odysseywas extremely clunky and not very challenging; it also suffered from marketingmaterials that implied it could be used only on Magnavox-brand television sets.(This wasn't true, but Magnavox hoped to drive related TV sales.) As aresult, the Odyssey sold only 200,000 units over its three-year life.

Also in 1972, inspired by an early peek at Baer's original video tennisgame, Nolan Bushnell and his Atari company released an electronic arcade gamecalled PONG, which became a huge success. This gametruly launched the electronic gaming revolution; from 1972 through 1976, youcouldn't go to a pub or arcade without finding a long line at thePONG machine.

Unfazed by the Odyssey's short shelf life, Atari decided to portPONG to the home. Unable to obtain financing to release the game on itsown, Atari partnered with Sears and in 1975 released ahome version of PONGunder the Sears Tele-Games label. The $100 game system was Sears'best-selling item during the 1975 Christmas season, with sales of more than $40million.

Sears had an exclusive for about six months. In 1976, Bushnell sold Atari toWarner Communications, which had enough cash to release an Atari-brandedPONG unit later that year. It was a further hit and established theAtari name among the general public.

Following Atari's smashing success, several companies releasedPONG "clones" using General Instrument's"PONG-on-a-chip" integrated circuit. Chief among thesecompetitors were Coleco'sTelstarand Magnavox'sOdyssey 100.None achieved the sales levels of the Sears- and Atari-branded games, but allmanaged to sell a fair number of units during the 1976 Christmas season.

In August 1976, Fairchild Camera and Instrument leveraged its position as thecreator of the microchip to release the first programmable home video gamesystem. Based on Fairchild's own 8-bit F8 microprocessor and displaying16-color graphics, it was capable of playing a variety of games as programmed byremovable ROM cartridges.

The resultingChannel FVideo Entertainment System sold for $169 and accepted $20 Videocartgame cartridges, which resembled the then-popular 8-track tapes in size andshape. The system was well received by gamers eager for the "next bigthing," but, faced with a glut of much-cheaper single-game systems, theChannel F was a major disappointment. Fairchild discontinued the system in early1978.

RCA had been evaluating the video game market for several years; it had beenoffered a chance to bid on Ralph Baer's original Odyssey technology back inthe early 1970s but had passed on the opportunity. Now, seeing Atari'ssuccess, RCA decided to enter the video game market on its own with what ithoped would be the first programmable system.

Unfortunately, RCA was a step too slow. RCA'sStudio IIfollowed Fairchild to market in January 1977 at a price of $149. Even though theStudio II used the same 8-bit COSMAC 1802 microprocessor that was used inNASA's Voyager and Galileo spacecraft, its chunky black-and-white graphicswere notably inferior to those of the Channel F. Interestingly, the Studio IIused keypad controllers (built into the main unit) instead of paddles orjoysticks, which enabled the playing of some numbers-based games. Too little toolate, the Studio II failed in the marketplace and was discontinued in 1979.

Tags： what was the first home video game console released
Latest： [SOLVED] How to Fix Xbox Game Pass PC Not Working Issue
Next： How Will Blockchain Technology Change the World? | The Motley ...
Popular Articles/span>