5 Old Game Consoles That Are Worth Owning (& 5 That Aren't)

The Console Wars have gone on for years and they’ll certainly go on for years to come. These are flames that simply cannot be pulled out, even by the most patient and rational of gamers. Sooner or later, console discourse devolves into madness. People are passionate about “their” games and “their” consoles. The passion would be endearing if it weren’t so annoying.

RELATED: The 10 Best Puzzle Games Released In 2019 So Far (According To Metacritic)

It’s not impossible to have civil discourse when it comes to consoles, though, and it seems that the passage of time at least takes the crosshairs of the Console Wars away from retro consoles. Without that fervor & toxicity clouding any kind of meaningful discussion, it’s now possible to look back on the retro consoles we grew up with in order to truly evaluate them. For better or worse.

While most agree that the Super Nintendo was the king of the 16-bit era (and we’ll get to it), it’s impossible to deny just how fierce a competitor the Sega Genesis was. Beyond Sonic the Hedgehog, the Genesis (known elsewhere by the cooler sounding Mega Drive) could compete with the SNES just about anywhere. Save for RPGs.

That said, the Genesis completely outdid the SNES when it came to shoot ‘em ups. Anyone looking to indulge in 16-bit shoot ‘em up hell, this is the console worth owning. It certainly helps that the Genesis is how to an incredible library either way, one that modern gamers are less familiar with than the SNES’.

9 Not Worth It: Sega Saturn

The Sega Saturn isn’t a bad console. For those who live in Japan or can understand Japanese. From a western region with no Japanese knowledge? Unfortunately, that means the Sega Saturn won’t be seeing most of its potential. Home to one of the worst Japan to West localizations ever, Sega of America basically dug the Saturn’s grave and stuck their heads in the hole when they couldn’t figure out why no one was buying their console.

Essentially locking all the best titles in Japan, it’s no wonder the Saturn came and went with little to no fanfare in the west. It’s a shame because, like the Dreamcast, Saturn was ahead of its time. Unfortunately, it’s hard to appreciate that without some knowledge of Japanese.

The quiet third pillar that competed against the Super Nintendo and Sega Genesis during the 16-bit era, the TurboGrafx-16 didn’t make much of a splash in the west– not too dissimilar to the Sega Saturn– but it fared much better with an amazing library of games that still hold up today. The console’s worth owning for Ys alone.

Worth noting, the TurboGrafx-16 has a bunch of add-ons that are arguably invaluable to the experience. While collectors might find some thrill in building up the ideal PC-Engine, the TurboDuo is a successor system that combines all of the TurboGrax-16’s qualities into one. Buyer beware, though, PC-Engine collections run steep.

Despite being home to some of the greatest video games ever made (Super Mario 64, The Legend of Zelda: Ocarina of Time, and Banjo-Kazooie to name some obvious titles), the N64 has one of Nintendo’s worst overall libraries. Devoid of third party support and nowhere near the genre depth as the SNES, the Nintendo 64 is only worth revisiting with a list of games in mind.

RELATED: 10 Retro ’80s Games That Are Utterly Impossible to Beat 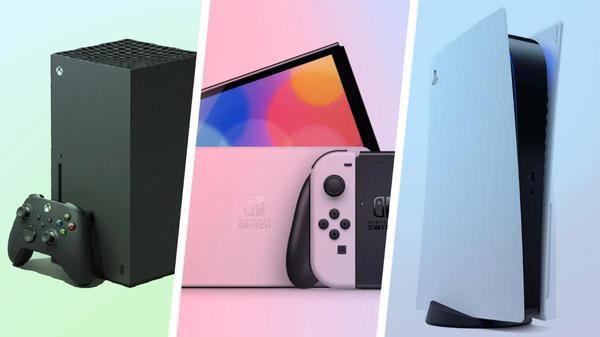 Which isn’t a bad idea for looking back on any console– it certainly keeps one focused and saves money– but, speaking from experience, owning a Nintendo 64 collection isn’t really worth it once what few “hidden gems” there are have been played. There's also the fact that many classic titles on the system have been re-released on many other consoles since.

The Sega Dreamcast is twenty years old now. Kind of crazy, right? Even though it essentially lived and died in 1999, the Dreamcast is still a known name in the industry. Mainly because of Sega and their many failures, but while the Dreamcast is chalked up as a failure (which it technically was,) it’s still an impeccable console.

Online multiplayer, DLC, and one of the craziest launch events of all time, the Dreamcast was stacked with pretty much any game audiences could want. Unfortunately, it couldn’t compete with the sheer power of the PlayStation 2 and the Dreamcast made a very premature exit. Its library still holds up to date and the Dreamcast’s controller is arguably the best of its generation. (Sorry, DualShock 2.)

5 Not Worth It: SNK Neo Geo CD

SNK’s been a part of the industry for decades, but it’s impossible to get that impression these days. It’s ludicrous to think that there were actually Smash fans against Terry Bogard’s inclusion, completely oblivious to SNK’s role in the medium’s history. They've been around the block, and the Neo Geo is a fine console with an excellent roster of curated games.

Unfortunately, that same praise can’t be extended to the Neo Geo’s successor console, the aptly named Neo Geo CD. Releasing in a generation where 2D stepped aside for 3D, the Neo Geo CD very quickly failed, to the point where its library is basically dust and cobwebs. The Neo Geo CD isn’t cheap, either, so there’s little incentive for collectors to go out of their way when that money’s better spent on Neo Geo games.

At 19 years old, it’s hard to find a 3D heavy console that’s aged half as well as the PlayStation 2. With an amazing library that covers every genre possible and first-party titles that put Nintendo to shame, it’s dumb not to own a PS2. PlayStation 2s are incredibly sturdy and only one other console’s library holds up as well.

RELATED: 10 Retro ’90s Games That Are Utterly Impossible To Beat

Better yet, the PS2’s long lifespan means that it’s easy to start with games released in 2000 and gradually make one’s way through history. It’s a great way of experiencing games and developers were constantly finding new ways to make the most out of the PS2. Its earlier games perhaps aren’t as impressive as first-party GameCube or Xbox titles, but most AAA PS2 games are guaranteed to be worth paying.

3 Not Worth It: Bandai Playdia

One would think the Bandai Playdia’s aggressive price tag on eBay would make it worth buying, but like most retro sellers, the price is a hiked up trap to lure unsuspecting buyers in. The Bandai Playdia is a morbid curiosity, a console that mainly featured tie-in games for anime, but it’s not worth looking into.

Even for die-hard Dragon Ball fans who feel like they need to experience Plan to Eradicate the Saiyans firsthand, please, stop and think. The Bandai Playdia is an overpriced novelty toy at best. It lived and died without forging a full library and its main identity was that it existed to bolster other products.

Duh. Whether it be a SNES Mini or the Super Nintendo itself, just owning one is enough to get a taste of gaming greatness. The SNES library has aged like fine wine. In a generation where AAA developers are more intent on regurgitating the same ideas over and over again, the Super Nintendo is a reminder of when creativity reigned king.

Whether it’s developed by Nintendo, Capcom, Quintet, Konami, or any other legendary SNES developers, there’s a good chance the game is gonna be good. Not to say that the SNES doesn’t have its trash, but the ratio of good to bad on the SNES is much higher than that of any other console.

1 Not Worth It: Nintendo Virtual Boy

An expensive console where the good games are even more expensive, the Virtual Boy is only for the financially secure collector who has absolutely nothing left to spend their money on. Only after paying off one’s mortgage and clearing all debt is it acceptable to purchase a Virtual Boy. To do so beforehand would be foolish.

The Virtual Boy does live up to its reputation as a headache-inducing console. Most games aren’t fun, the 3D physically hurts at times, and it’s an eyesore. The Virtual Boy looks cute in Animal Crossing, but displaying it in person is more of a badge of shame than honor.

NEXT: 10 Pokémon Based On Real-Life (And Fictional) Creatures

Replicas might just be the worst thing Keanu has done in the last few years.